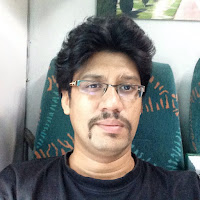 I was sent to the mankind as a gift, a beautiful present
With a jar in my hand, that I know nothing of
As the god of the gods made me and sailed me to earth
Unaware of his intentions, his plans and desire

I was a seductress, an all-gifted and all-giving woman
That I had to win all the hearts by Aphrodite’s beauty
I had to conquer all the minds with Hermes’s tongue.
Created by an artist, with silk robe and garland crown.

And then I was between them, among them
As they were singing and dancing, celebrating.
And I unwrapped the gift from heaven, as they insisted
I opened the jar; I opened the box of pandemonium.

But I did never let go off, our hopes to vanish in thin air
So we learned to hope, against all odds, against all hopes.
Posted by ani at 1:19 pm